The Stephen P. Driscoll Memorial Lodge is a non-profit organization who received their charter in January of 2004 as part of the National Fraternal Order of Police, which is the largest Police Organization in the World with over 300,000 members representing Law Enforcement on the Federal, State and Local level. The Driscoll Lodge is already one of the largest lodges in New York State with close to 1000 members representing over 60 Law Enforcement agencies. The Driscoll Lodge is also proud to count amongst their membership many “Associate Members” from the business and political arena who wish to show their support for members of Law Enforcement.

Police Officer Stephen P. Driscoll was a member of the elite Emergency Services Unit of the NYPD and prior to joining the NYC Police Department, Steve proudly served his country as a Seabee in the United States Navy. On September 11, 2001, PO Driscoll and many other emergency workers took part in what has been considered the greatest rescue effort in our nation’s history. Steve and his comrades entered the south tower of the WTC and while performing their duties, they lost their lives when the buildings came down. If there is any solace taken from that day, it is that Steve died doing what he loved most and that was helping others. 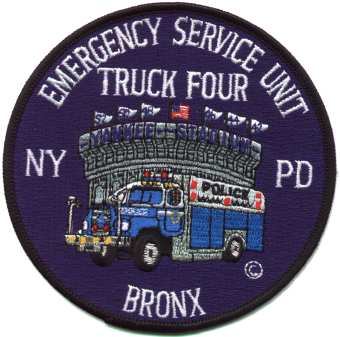 Aside from Steve’s service to his city and country, there are stories abound of Steve’s efforts to help anyone in need no matter who they were or what their problem was. At the entrance to the Police Memorial in Washington DC it states, “It is not how they died that makes them heroes, it is how they lived”. It is exactly that spirit that we in the Driscoll Lodge hope to carry forth in Steve’s memory. In order to assist us, we have started an Educational Fund which has enabled us to perform many tasks on behalf of others. Thus far, we have conducted many safety seminars for children with McGruff the Crime Dog, presented scholarships to many students entering college who are presently serving their communities as Police Cadets and we have conducted numerous blood drives. Those who have been beset by unexpected medical and personal problems have also benefited by our assistance. In Steve’s honor, we will continue to strive to make a difference in other people’s lives. His wife, son, parents and the rest of his loving family and friends are active participants in these endeavors and we wholeheartedly welcome anyone who would like to assist us in any way they can…… Be well and stay safe.

Designed By HowlThemes
Back To Top